Do you remember this man?

He’s Lee Majors playing the character of Steve Austin, better known as the Six Million Dollar Man. This science fiction series from the 70’s followed Austin through his amazing adventures as an special agent after he was “rebuilt” by a government organization. Steve Austin became a pop culture icon.  When the 6 Six Million Dollar Man was aired the technology was seen as mostly science fiction. Rejection rates were high… but even then, we had come a long way since the very first prosthesis. 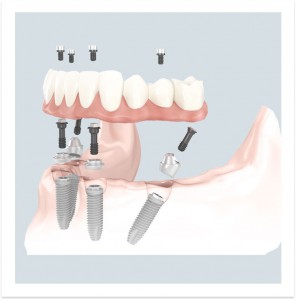 For over thousands of years humans have worked on ways to attempt to restore functionality to the body. One of the earliest evidence of prosthetic uses were found on Egyptian tombs with leather and wooden prosthesis. Their advanced knowledge of mathematics and the human body helped create these first replacements. Later on, there were many people who used metal as primary material for prosthesis, making sturdy copper and iron hands, feet, etc. Sadly, these metals are prone to rust and can cause complications for the subject and body implants were still unthinkable.  But times have changed making it possible for humans to become “bionic“. Titanium has turned out to be the staple to-go material for body implants as the Grade 5 titanium alloy has the highest bio-compatibility with human tissue and bone. A special surface treatment is applied on implants make them porous and increase their osseointegration. 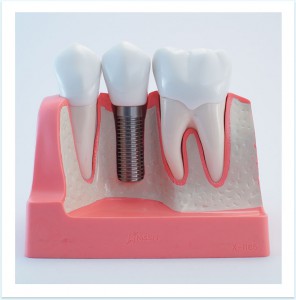 This is how you can also become a “bionic” man or woman with dental implants.  Fortunately, it won’t take you 6 million dollars to achieve a better smile and stronger bite! Our rates are one of the cheapest available while still offering the same quality than our counterparts in USA and Canada, using only FDA approved implants. Dental Implants Vacations is the best choice available for dental tourism in Mexico, having over 5000 happy patients after more than a decade of experience with dental implants.