Incorporate one or more of the next places in your vacations. They are the most important archaeological sites, where you will find intriguing monuments and pyramids while learning more about Mayan culture.

Explore its seven square kilometers to appreciate in detail the evolution of the Mayan culture. In the middle of this

city you can find the pyramid of Kukulcan. This pyramid is very famous because during the spring equinox you can see the shadow of the feathered serpent (Quetzalcoatl) descending the stairs.

Xibalba is described in the Popol Vuh as a court below the surface of the Earth associated with death and with twelve gods or powerful rulers known as the Lords of Xibalba.

The Mayans believed that it was the place where their ancestors lived with the gods and other mythological beings such as the Ave Moan; which was the manifestation of the God of Death represented by a dog bird.

The royal court of Xibalba hosted 12 deities. The head of the pantheon is Hun-Came (“One Death”) followed by Vucub-Came (“Seven Death”) and the remaining ten Lords are demons, who given commission and domain over various forms of human suffering: to cause sickness, starvation, fear, destitution, pain, and ultimately death.

We all want to keep our teeth for a lifetime, but problems or circumstances may arise that affect your dental health, so your dentist will recommend you extract a tooth.

Your dentist will be able to examine the affected tooth and take dental x-rays to determine your dental injury. There are a lot of things your dentist can do to save a tooth from extraction, but sometimes there’s no choice other than to have the tooth removed.

Dry socket is a condition that results when the newly formed blood clot at the extraction site becomes dissolve during healing. This exposes the bone and nerve endings and causes intense pain. It develops in about 4% of all extractions. This occurs when a blood clot doesn’t form in the hole or the blood clot breaks off or breaks down too early.

Typically, dry sockets begin to cause pain the third day after surgery.

Smile with confidence again and enjoy this Caribbean paradise with these top traveling tips for your next dental vacation:

Spend less and get more.

If you can choose the date of your appointment, we recommend coming during the “low season” to avoid tourist crowds. Flights and accommodation are less expensive from September through early November, and during May. 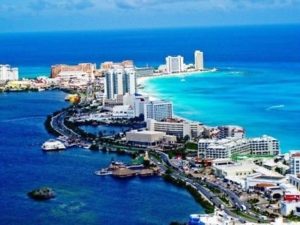 When your dentist gives you a filling, he or she first removes the decayed tooth material, cleans the affected area, and then fills the cleaned area.

The fillings are made of different materials. No one type of filling is best for everyone, what is right for you will be determined by your dentist; whether you have allergies to certain materials, where is needed the filling and the cost. The next are fillings most used by dentists: